Who was san Quintino and how did he arrive in Alliste?

Quintino was a roman citizen who mostly lived in the Gaul region and was killed on III sec. AD. According to the tradition his martyrdom happened on 31st of October, the same day of the Alliste’s festival.

But why did this french saint become the patron saint of Alliste?

An ancient story says that a soldier from Puglia region met Quintino at the time of his military service and, once he came back home, he took with him some holy pictures of this saint. After that there’s no mention of his story until 1429, when this region suffered with a terrible plague and some miraculous healings were ascribed to San Quintino. His popularity grew up over the centuries just like the miraculous healings connected to his worship. Most of these people suffered from nose sickness. That’s the reason why San Quintino is now considered the patron saint of the nose.

After these miraculous events he became the patron saint of Alliste and his festival now lasts three days. During this time there are processions, concerts, a street market and fireworks. One of the most evocative moments of this festival is the lighting up of the “luminarie” (mobile wooden structures covered with colourful lights). Even if this is a quite common occurrence in this region’s patron saint festivals it always creates a really magical atmosphere.

Here you can see some photos of Alliste during this festival and a short video of the lighting up of the “luminarie”. 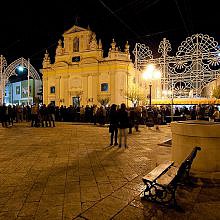 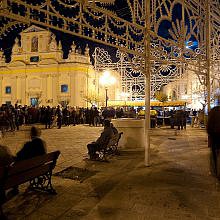 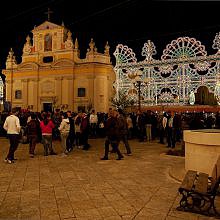 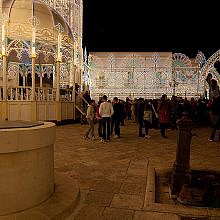 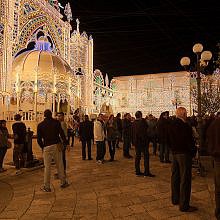 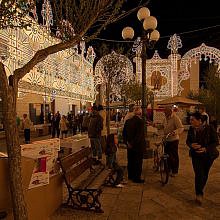 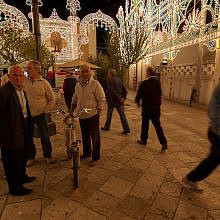 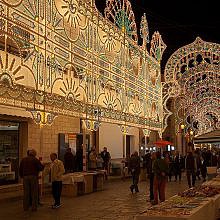 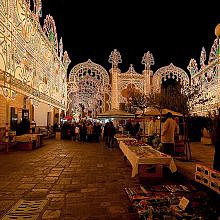 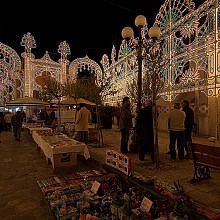 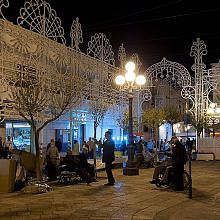 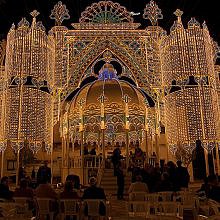